ASK the engineers any questions you have about engineering.

CHAT with the engineers in a 30 minute long text chat booked by your teacher.

VOTE for your favourite engineer to win a £500 prize to spend on communicating more engineering.

The use of space is only possible thanks to engineering. Engineers design and build spacecraft that will map and explore distant planets and stars, helping us understand more about the universe. Closer to home, engineering using the potential of space has a major impact on how many societies function. For example, it’s easy to forget how far global navigation has come when finding your way in a strange city is so easy thanks to the phone in your pocket communicating with a network of satellites. 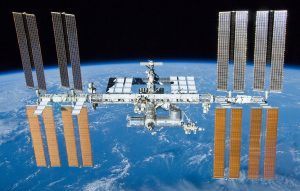 In this zone there is one engineer building satellites which monitor natural and man-made disasters, one studying the ocean from pictures taken by satellites and one who monitors and controls spacecraft in orbit around Earth. You will also meet an engineer who started his career as an apprentice, someone who ensures everyone has access to the internet and someone designing satellites and making sure they work correctly in space.